Danish and Swedish officials on Tuesday said two leaks had been identified on the Nord Stream 1 Russia-Europe gas pipeline in the Baltic Sea. The news came only hours after a similar development on its twin pipeline, Nord Stream 2. Both conduits have become flash points in the escalating energy war that has sent gas prices rocketing since Russia's invasion of Ukraine. What do we know so far? Officials said a pressure drop was detected in the Nord Stream 1 undersea gas channel soon after a similar fall was detected in its sister pipeline, Nord Stream 2. Both of Nord Stream 1's two lines are affected, while one of Nord Stream 2's pipelines showed a drop in pressure. Marine authorities identified a gas leak southeast of the Danish island of Bornholm as the likely cause of the issue affecting Nord Stream 2. Danish officials warned of a threat to shipping in the area and asked vessels to steer clear. Swedish authorities on Tuesday said there were two leaks on Nord Stream 1 — one in the Danish maritime economic zone and the other in the Swedish one. The two leaks were reported to be very close to one another. The German economy ministry said it was investigating the incident. "We currently do not know the reason for the drop in pressure," it said. Blasts registered by Swedish seismologists Seismologists from Sweden's National Seismology Centre (SNSN) told public broadcaster SVT that powerful blasts had been registered in the areas of the gas leaks on Monday. "There is no doubt that these were explosions," SNSN seismologist Bjorn Lund told SVT. Denmark's armed forces meanwhile released footage showing bubbles on the surface of the Baltic Sea above the Nordstream 1 and 2 pipelines and reported that the largest of the leaks had caused surface disturbance of around 1 kilometer (0.62 miles) in diameter. What's the significance? Both of the pipelines were built to carry natural gas from Russia to Europe, although the Nord Stream 2 pipeline was never activated. German officials have not yet provided any information on the possible cause of the damage. However, Berlin's Tagesspiegel newspaper cited German security circles saying that sabotage was strongly suspected. "Our imagination no longer allows for a scenario in which this is not a targeted attack," the newspaper quoted its source as saying. Denmark's Prime Minister Mette Frederiksen said it was "hard to imagine" that the leaks were "accidental." Speaking to Danish media while on a visit to Poland, Frederiksen said: "It's an unusual situation, to have three leaks a distance from each other. That's why it's hard to imagine that it's accidental." Ukraine blamed the leaks on Moscow. Subscribe: 🤍🤍youtube.com/user/deutschewelleenglish?sub_confirmation=1 For more news go to: 🤍🤍dw.com/en/ Follow DW on social media: ►Facebook: 🤍🤍facebook.com/deutschewellenews/ ►Twitter: 🤍twitter.com/dwnews ►Instagram: 🤍🤍instagram.com/dwnews ►Twitch: 🤍🤍twitch.tv/dwnews_hangout Für Videos in deutscher Sprache besuchen Sie: 🤍🤍youtube.com/dwdeutsch #NordStream #Pipeline #Russia 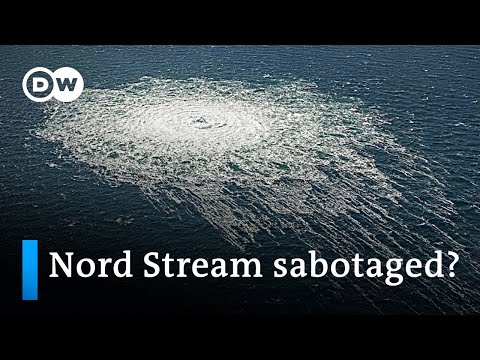 Can you call this an act of terrorism?

I don't have much time until Nov 14th 2022 at the midnight, i hope all of you can find the resolve and the resolutions

Democrats: THE WORLD WILL END IN LESS THAN A DECADE BECAUSE OF CARBON EMISSIONS!!! THE GOVERNMENT MUST BE IN CHARGE OF EVERYTHING OR WE'RE DOOMED!!!
. . . commits greatest environmental disaster in history shortly thereafter . . .

It is next to impossible to find the real saboteurs.

Who does DW think blew up pipeline?

And now, the truth came out, its US pentagon and the UK

Only a state sponsored person can cause this sabotage. At such a thin line of diplomacy alive such acts can lead to more chaos.

There are clear winners and losers with the pipelines out. Losers: Nr. 1 Putin because he can no longer offer gas supply in exchange for lifting sanctions. Nr. 2 EU citizens and industry: Energy imported overseas via LNG ships, will always remain far more expensive than pipelines over land. Winners: Nr. 1 The US taking huge profits by supplying the European LNG market. Nr. 2 EU leaders who serve US interests instead of the EU deny their citizens affordable energy, while shifting the blame to Russia. So much for main stream media, irrational theories of countries destroying their own, billions costing infrastructure.

Big Deal. Look at what Ukraine is dealing with every day. That's true hardship. Europe has been sending Billions of dollars to Russia for natural gas. Billions used to produce and purchase (Iranian Drones maybe?) weapons that are used to kill Ukrainians every day. You can't send Russia billions and then claim you support Ukraine. What support? Europe is responsible for dead Ukrainians as much as Russia is.

In my humble opinion, It is simple to know who gains exceptionally high gain by cutting gas pipes.

For the dollar's hegemony, Ukraine war was made and is being sustained by her. This prevents you from buying Russian energy with Euro and forces you to beg her energy with the only dollar.
Ukraine war is to exploit the world's wealth by inducing a strong dollar and by exporting her energy&inflation at high prices without high interest rates in her territory. She is the world first energy exporter.

She want to cut Euro-zone into peices by taking East-Europe away from Euro-zone. Why? To get rid of a strong competitor against dollar.

For Taiwan war, she want to make Korea stop exporting SEMI to China. This causes Taiwan war,  which goal is to destroy Taiwan FAB by bomb and to bring Taiwan SEMI enginners into her territory.

She knows her leadership was gone. Hence, she has the extra ordinary desire of Manufacturing Competitiveness after this series of wars. So, she did make Inflation Reduction Act which is a betray agianst alliance.

In addition, she want to make attack on OPEC+ to prolong the life of dallar printer.

How about your opinion?

As an American, I have been disgusted by the MILITARIZATION of the dollar, the Nord Stream bombing, a STAB IN THE BACK to our former European allies. The US Government is insane, elected by voter-fraud, run by CRIMINALS.

The potato regime did this. 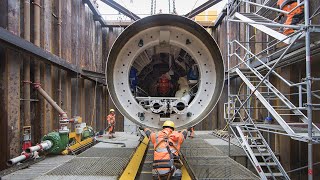 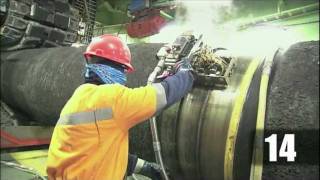 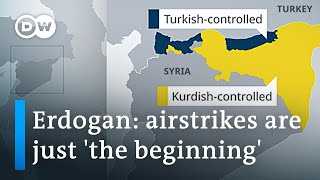 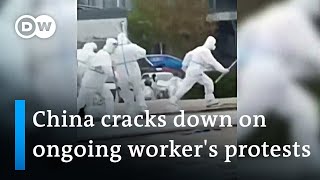 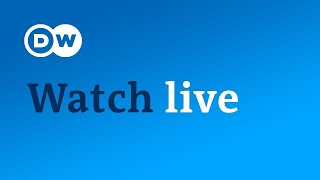 DW News livestream | Headline news from around the world 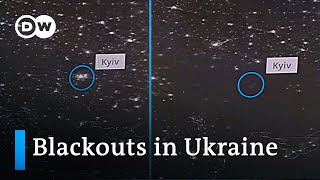 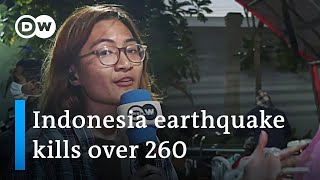 Why was Indonesia's earthquake so devastating? | DW News 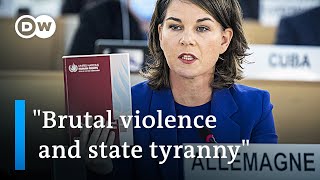 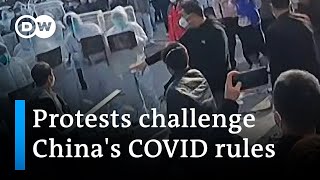 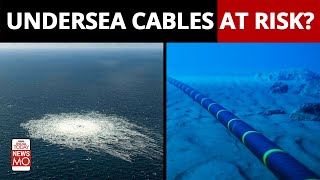 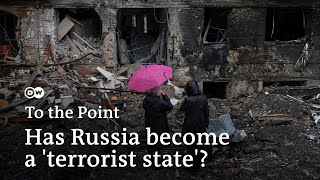 Attacks on civilians and infrastructure: Has Russia become a 'terrorist state'? | To the Point 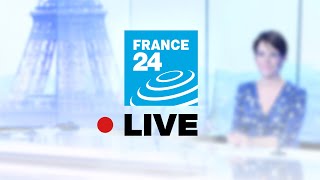 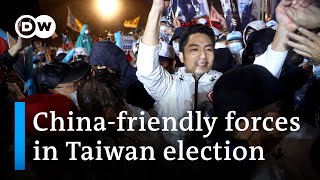 Why China will be watching Taiwan elections closely | DW News 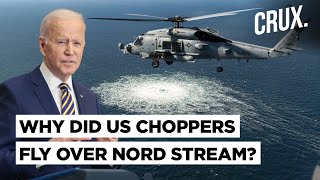 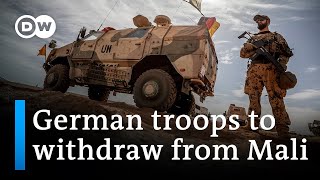 Is Germany turning its back on Mali? | DW News 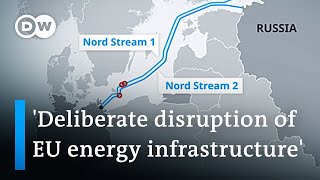 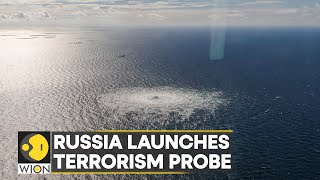